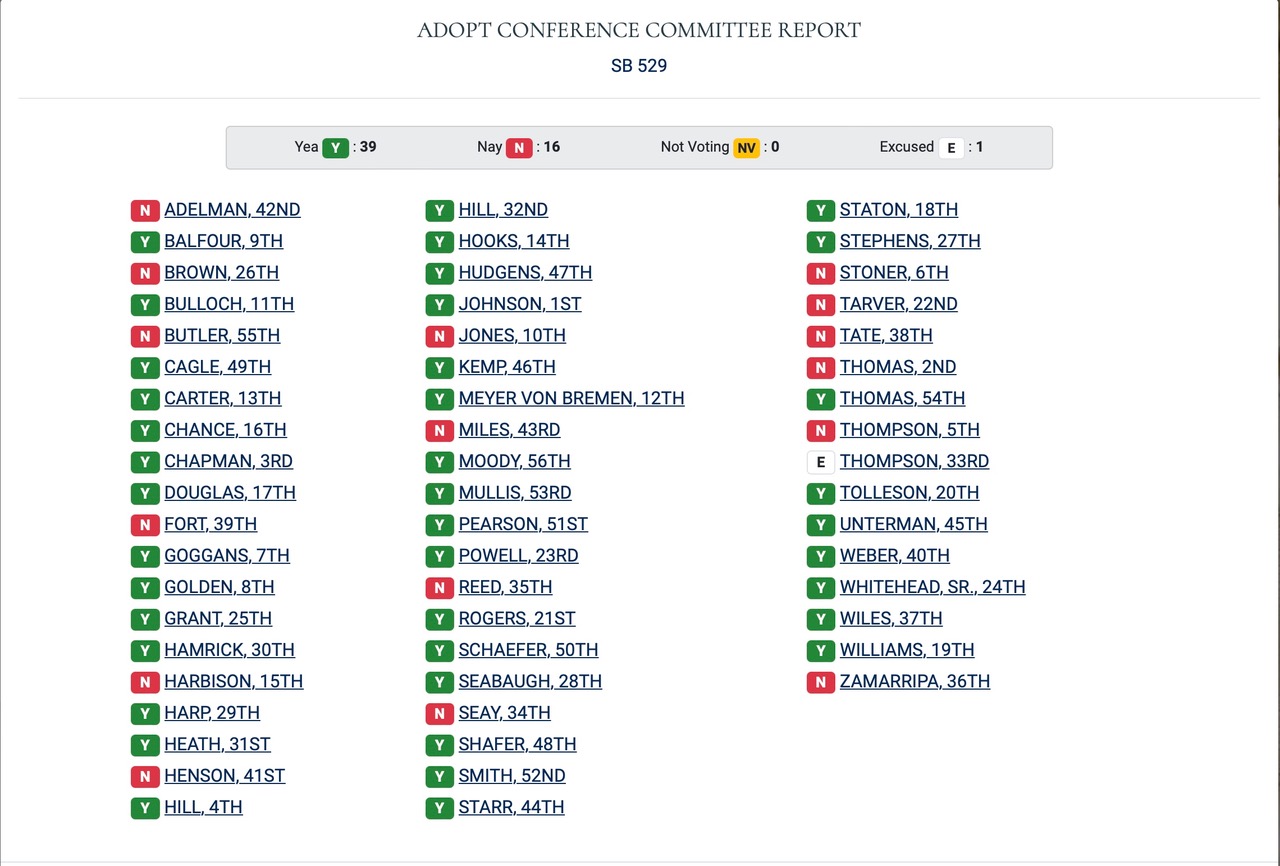 The Biden administration has released over 836,000 illegal immigrants into the United States interior since Joe Biden took office, according to Rep. Tom McClintock (R-CA). That figure is larger than the population of North Dakota. As reported by Breitbart News, the information was revealed during a House Judiciary Committee hearing on Thursday while questioning Department of Homeland Security (DHS) Secretary Alejandro Mayorkas. McClintock also noted that 600,000 illegal aliens had entered the U.S. undetected since January 2021. At the current rate, that means there will be over 3 million (new) illegal aliens in the US by the end of Biden’s term, about the same population as Arkansas and more people than the city of Chicago.

I hand delivered a paper copy of the below letter to a legal department staffer in Gov Kemp’s Capitol office today at 1:58PM. I have embedded links here not in the hard copy to educate the online reader. I also corrected two typos and *an omission in the below version. Update Aug 3: **I corrected the copy below on open records request in Gwinnett until I locate misplaced files.

***Update, August 16: Unable to locate misplaced Gwinnett files, I sent two additional open records requests to Gwinnett Sheriff Keybo Taylor and have received responses to both. The charges on the foreign born subjects the newest responses are not felonies, so I have added corrective language below. The new responses do not indicate that   Sheriff Taylor is in compliance with state law, OCGA 42-4-14.

My apologies for the typos.

As you are Georgia’s chief law enforcement officer I write to your office as instructed by the GBI on how a private citizen can report violations of state law and request an investigation.

You may remember the 2006 passage of SB 529, the “Georgia Security and Immigration Compliance Act” as you served as Chairman of the state Senate Public Safety Committee that held hearings on the legislation and passed it out. You also voted in favor of final passage of the bill on the Senate floor. Part of that legislation, which is now law, contained language that created OCGA 42-4-14. Paragraph (c) of that law now reads:

Gwinnett Sheriff Keybo Taylor has been quoted by various national and Georgia news outlets as saying he will not and does not check immigration status of incoming prisoners in the county jail and will not report criminal illegal aliens to federal immigration authorities.

Then Sheriff-elect Taylor’s statement to Fox5 investigative reporter Randy Travis in a November 13, 2020 interview is another example of what is clearly a confession of his intent to violate state law, OCGA 42-4-14.

I have received responses to **multiple open record request that validate the fact that Sheriff Taylor has been faithful to his promises on this matter and is in fact in open violation. Sheriff Taylor’s response to my open records request for copies of records and documents that would illustrate a check with law enforcement data systems on immigration status of foreign nationals in custody do not include these records. Neither is there any evidence that Sheriff Taylor has reported “criminal illegals” to federal immigration enforcement authorities in the responses to my query that includes multiple inmates.

Please also note that the “headline” or “catch phrase” included on the LexisNexis version of this state law that includes the words “charged with felony” is inaccurate. Since being amended in 2011’s HB 87, the mandated immigration status check applies to all (*foreign national) inmates, regardless of the charge. I have been working with the Office of  Legislative Counsel to see the online description of the law’s contents corrected for nearly two years. I would be grateful if you would use your power and authority to speed along the needed corrections.

*** All of my open records requests (except the two newest Gwinnett examples) pertain to foreign born inmates charged with felonies.

Please note that with the assistance of retired and experienced senior federal immigration enforcement officers, I have spent considerable time and effort on careful investigation of my own on this matter for more than a year. Responses to open records requests from the Cobb County jail show the same absence of records that would show compliance with the state law I cite in this letter. Sheriff Craig Owens runs the Cobb County jail.

As further evidence of open defiance of the law you are sworn to enforce, the Atlanta Journal Constitution ran a story citing both sheriffs in January of this year in which the newspaper reported:

I have posted all of my evidence online and am in the process of consolidating the various posts into a single source of information on the above facts.

As your office notes on the official website, “The governor is the chief executive of the state and oversees the executive branch. The governor shall “take care that the laws are faithfully executed and shall be the conservator of the peace” in the state. This power to enforce laws is almost identical to that of the president of the United States.”

Innocent Georgians – including children – are being killed, raped and molested by the “criminal illegals” and the illegal “sanctuary city”/county policies you promised to address when you ran for governor in 2018. Georgia is home to more illegal aliens than Arizona in large part because of (****the lack of enforcement) the many laws aimed at deterrence of that organized crime are ignored here in our state.

I respectfully urge you to fulfill your duty and your pledge on this urgent public safety issue immediately.

Please feel free to contact me at any time for further information. I plan to distribute this request.