Billy and Kathy Inman with then – Secretary of DHS, John Kelly and Congressman Bob Goodlatte in Washington D.C. 2017

We hope Stephen Dinan’s recent report (“Democratic wins in Georgia create more sanctuaries”) on Democrats winning elections for sheriffs here in metro Atlanta’s Cobb and Gwinnett counties sees a follow-up in about a year’s time. We want the rest of the nation to see what we know is coming as a result of George Soros and corporate-Georgia’s funding of the anti-enforcement lobby’s 13-year push to end the 287(g) agreements in these county jails.

We know from sad experience that American citizens are going to be hurt or killed by individuals who have no legal right to be in the U.S. after they have been released from our jails.

Both of these counties are formerly solid Republican bastions that have gone blue “because of demographics.”

Illegal aliens who have been captured by arrests for additional crimes are currently detected using the authority the feds provide in the respective 287(g) programs and reported to ICE for further action — including removal to their home countries.

The victorious candidates for sheriffs ran on the pledge to end 287(g) because it was finding illegals that were ‘only’ charged with non-violent crimes. We hear immigration enforcement “breaks up families” was part of their stump speech.

After Jan. 1, 2021, sanctuary will be the new protocol. An illegal alien arrested for driving without a drivers license or another “minor offense” will be put back on the streets of Georgia. It should be noted that by federal law, all illegal aliens are deportable.

Nobody asked metro-Atlanta resident Kathy Inman her views on the new illegal alien-friendly arrangement. Somebody should have. In 2000, Gonzalo Harrell-Gonzalez had multiple contacts with various local law enforcement agencies for traffic violations but despite being in the country illegally was released each time.

On Father’s Day weekend that year, Mrs. Inman’s family was permanently separated when Harrell-Gonzalez’s speeding car crashed into the rear of the Inman vehicle, which had stopped at a red light. Sixteen-year-old Dustin died instantly. His mom, Kathy, suffered permanent and severe brain injury that put her in a wheelchair for the rest of her life.
Because they were both in comas after the horrific crash, Dustin’s dad, Billy, now deceased, and Kathy Inman were unable to attend their only child’s funeral. This innocent and loving American family was permanently separated because an illegal alien was allowed into the U.S. and illegally given a job — and because local law enforcement did not detect or report his illegal immigration status to federal authorities. Harrell-Gonzalez escaped capture and is safe in Mexico.

Literally thousands of American families have suffered at the hands of illegal aliens who were released from custody by “progressive” law enforcement officers. But these families’ horror is quietly regarded as merely “the cost of doing business.”

Viewers outside “the Peach State” should know that Georgia state government is long a totally Republican-owned and operated affair that endlessly boasts of the status of “best state in which to do business.”

Many loyal Republican voters here are scratching their heads trying to comprehend how Democrats were able to find votes to elect sheriffs who promised to eliminate the use of a tool to rid their communities of illegals by ending the 287(g) enforcement programs.

The same corporate-funded, far-left groups that worked to attack law enforcement for using 287(g) with hate-filled race-baiting have proudly provided an answer: Between 2016 and 2020, Georgia’s number of Hispanic voters swelled by 72%, according to analysis by the Democratic firm TargetSmart. They also boast that most of these new voters are young, first-time voters.

So, in formerly solid Republican Georgia, where did much of the new votes come from to end 287(g) (and help elect a Democratic president)?

The new voters are mostly the U.S.-born offspring of the illegals who have been allowed to provide the black-market labor the Establishment Republican officials count on to keep wages low and profits high. Simply put, “anchor babies” do not vote Republican. Who knew, right?

We have taken to referring to our new state as “Georgiafornia.”

• D.A. King is president of the Georgia-based Dustin Inman Society which is dedicated to immigration enforcement. 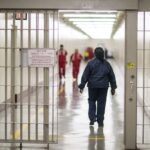 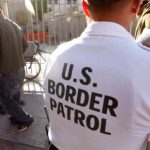