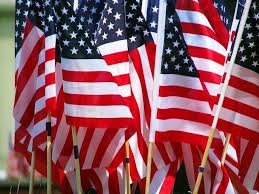 Please see the three-minute video from the Heritage Foundation embedded below (sorry about narrow page, but after you click play arrow, the entire screen is visible) then see the article from former immigration judge and CIS Fellow, Art Arthur below it.

Andrew R. Arthur is a resident fellow in law and policy at the Center for Immigration Studies.

President Trump’s recent pronouncement that he plans to sign an executive order to end birthright citizenship has brought that issue, which has been debated for the last 150 years, to the fore. According to Quartz, 39 countries currently offer citizenship to persons born therein, with the exception of children of diplomats, most of which are in the Western Hemisphere.5

As The Atlantic has noted, many countries that used to have birthright citizenship have done away with the practice.8 It explains:

France did away with birthright citizenship in 1993, following the passage of the Méhaignerie Law. The law limited citizenship to those born to a French parent, or to a parent also born in France. As a result, those born in France to foreign-born parents must wait until they turn 18 to automatically acquire French citizenship (a process that can begin when they turn 13, if they apply).

Ireland was the last of the European Union countries to abolish birthright citizenship, in 2005. Through a referendum backed by nearly 80 percent of Irish voters, citizenship was limited to those born to at least one Irish parent. The decision was a response to a controversy surrounding birth tourism and the high-profile case of Man Levette Chen, a Chinese national who traveled to Northern Ireland so that her daughter would be born an Irish citizen. Chen sought residency rights in Britain, citing her child’s Irish and EU citizenship. Though the United Kingdom Home Office rejected Chen’s application, the decision was overturned by the European Court of Justice in 2004.

Other countries, including New Zealand and Australia, have also abolished their birthright-citizenship laws in recent years. The latest is the Dominican Republic, whose supreme court ruled to remove the country’s birthright laws in 2013. The decision retroactively stripped tens of thousands of people born to undocumented foreign parents of their citizenship and rendered them “ghost citizens,” according to Amnesty International.

United States citizenship is one of, if not the, most exulted and prized statuses in the world. Citizenship in this country offers the most significant economic opportunities. It guarantees the fullest protection of our laws and of the security afforded by our military servicemen and -women around the world. And, most importantly, it provides the chance to participate in the world’s oldest existing democracy.9

As an immigration judge, I was honored to have had the authority and opportunity to administer the oath of allegiance and renunciation to new citizens.10 In addition, I was often called upon to adjudicate cases in which an individual charged as an alien with removability claimed instead to be a citizen of the United States, either by birth or derivation.

Significantly, while there are many benefits that the Constitution and laws of the United States grant to both citizens and aliens, certain benefits are available only to U.S. citizens. These include the right to vote, priority when it comes to bringing family members to the United States, the ability to convey citizenship to a child born abroad, travel with a U.S. passport, and eligibility for most federal jobs and elected offices.11

More prosaically, U.S. citizens have access to many forms of government benefits that are not, as a rule, available to aliens, even to many aliens lawfully present in the United States.12 Specifically, citizens are not subject to restrictions for the Supplemental Nutrition Assistance Program (SNAP, formerly food stamps), the Supplemental Security Income (SSI) program, Temporary Assistance for Needy Families (TANF) cash assistance, and Medicaid that apply to certain categories of aliens in the United States.13 In addition, citizens are not barred from receiving federal student aid, as certain aliens are.14

Most significantly, however, U.S. citizens are not amenable to removal from the United States, unless they have been denaturalized.15

Understanding the benefits of U.S. citizenship, the question is then how one becomes a citizen. As the Congressional Research Service (CRS) has explained: “United States citizenship is conferred at birth both under the principle of jus soli (nationality of place of birth) and the principle of jus sanguinis (nationality of parents).”16 With respect to these individuals, section 301 of the Immigration and Nationality Act (INA) states that:

The following shall be nationals and citizens of the United States at birth:

(a) a person born in the United States, and subject to the jurisdiction thereof;

(b) a person born in the United States to a member of an Indian, Eskimo, Aleutian, or other aboriginal tribe: Provided, That the granting of citizenship under this subsection shall not in any manner impair or otherwise affect the right of such person to tribal or other property;

(g) a person born outside the geographical limits of the United States and its outlying possessions of parents one of whom is an alien, and the other a citizen of the United States who, prior to the birth of such person, was physically present in the United States or its outlying possessions for a period or periods totaling not less than five years, at least two of which were after attaining the age of fourteen years: Provided, That any periods of honorable service in the Armed Forces of the United States, or periods of employment with the United States Government or with an international organization as that term is defined in section 1 of the International Organizations Immunities Act (59 Stat. 669; 22 U.S.C. 288) by such citizen parent, or any periods during which such citizen parent is physically present abroad as the dependent unmarried son or daughter and a member of the household of a person (A) honorably serving with the Armed Forces of the United States, or (B) employed by the United States Government or an international organization as defined in section 1 of the International Organizations Immunities Act, may be included in order to satisfy the physical-presence requirement of this paragraph. This proviso shall be applicable to persons born on or after December 24, 1952, to the same extent as if it had become effective in its present form on that date; and

In addition, as noted, aliens may become naturalized citizens18 and “[o]n occasion, Congress has collectively naturalized the population of a territory upon its acquisition by the United States, though in these instances individuals have at times been given the option of retaining their former nationality.”19

The first group of individuals identified under section 301(a) of the INA as nationals and citizens at birth, generally, is the group that receives the most public attention20 and the one that raises the most significant public policy issues.21

Section 301(a) of the INA tracks the language in the first sentence of the first section of the Fourteenth Amendment to the Constitution, which states: “All persons born or naturalized in the United States, and subject to the jurisdiction thereof, are citizens of the United States and of the state wherein they reside.”22

Because of the ambiguous nature of the language used therein, the second clause of this section has been the primary source of disagreement with respect to the intent and scope of this section. Those who are proponents of birthright citizenship for all those born within the United States (except the children of diplomats and enemy aliens on conquered territory) contend that simply being born on U.S. soil is sufficient to convey citizenship.23 As CRS has noted, though:

[D]riven in part by concerns about unauthorized immigration, some have questioned this understanding of the Citizenship Clause, and in particular the meaning of “subject to the jurisdiction [of the United States].” Proponents of a narrower reinterpretation of that phrase argue that the term “jurisdiction” can have multiple meanings, and that in the Citizenship Clause, “jurisdiction” should be read to mean “complete jurisdiction” based on undivided allegiance and the mutual consent of the sovereign and the subject. This has been termed a “consensual” approach to citizenship.

Background to the Fourteenth Amendment

A review of the background of the origins of the Fourteenth Amendment is helpful in framing these arguments. First, as CRS explains:

These birthright citizenship principles were not extended to slaves, or generally to Native Americans.24

Specifically, in Dred Scott v. Sandford, the Supreme Court considered a suit brought by the plaintiff Scott, who was a slave in Missouri, but who had lived in the free state of Illinois and in a section of the Louisiana Territory where slavery was outlawed by the Missouri Compromise of 1820, seeking his freedom.25 As the Court stated:

The question is simply this: Can a negro, whose ancestors were imported into this country, and sold as slaves, become a member of the political community formed and brought into existence by the Constitution of the United States, and as such become entitled to all the rights, and privileges, and immunities, guarantied [sic] by that instrument to the citizen? One of which rights is the privilege of suing in a court of the United States in the cases specified in the Constitution.26

In the opinion of the court, the legislation and histories of the times, and the language used in the Declaration of Independence, show, that neither the class of persons who had been imported as slaves, nor their descendants, whether they had become free or not, were then acknowledged as a part of the people, nor intended to be included in the general words used in that memorable instrument.27

As this formulation makes clear, any child born on U.S. soil to parents who were temporary visitors to this country and who, as a result of the foreign citizenship of the child’s parents, remained a citizen or subject of the parents’ home country, was not entitled to claim the birthright citizenship provided in the 1866 Act.30

Legislative History of the Fourteenth Amendment… Please read the rest here, from CIS.org

Illegal aliens who demand the same driving privileges as U.S. citizens should migrate to California – the illegal immigration Capital of the world.

The anti-enforcement Georgia Budget and Policy Institute is now openly pushing the idea of granting Georgia drivers licenses to illegal aliens, even illegals outside of the Obama DACA program who have been getting drivers licecses and ID Cards in the Peach State since 2012. Doubters should read about that from the Associated Press. 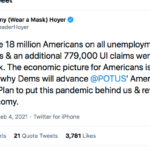 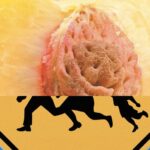