Caravan “We want to vote in the USA!” 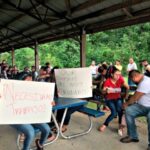 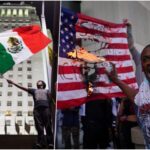