Update: Mr. Trent sent us a link to his letter this AM along with a personal reply from Gov Kemp.

The reply (s) from Gov Kemp:

Appreciate your thoughts, but I would disagree. For one we have had over 200 Ga National Guards helping the border patrol in TX for a couple of years now. Sent from my iPhone

On Jun 4, 2021, at 7:43 AM, Robert Trent <robertt> wrote:Not malware, it is a public statement I made concerning your failures to keep your promises.Sent from my iPhone

On Jun 3, 2021, at 10:32 PM, Brian Kemp <briankemp> wrote:Robert,I got some sort of link or something from you and was worried it might be malware.Can you advise?Sent from my iPhone

We note that the Texas border ain’t Georgia. dak

We were copied on this open letter to Gov Brian Kemp this afternoon. It looks like Mr. Trent sent it to several media outlets and to politicians other than Kemp as well. Thank you, sir! – but we don’t think the media has any interest in making this “an issue.”

I am a former U.S. Marine combat veteran, a former Border Patrol agent, retired senior special INS agent, and was the assistant director, enforcement training, U.S. Immigration Service at FLETC. I am very proud of my professional lifetime dedicated to immigration enforcement.

I have written to and about you before regarding your lack of attention to illegal immigration. I am one of the Republican voters who remember your repeated 2018 campaign promises on the illegal immigration crisis in Georgia. As many of us noted then, you never once mentioned enforcement of the state’s unenforced E-Verify law or the criminal employers who draw the illegal aliens into Georgia with the promises of illegal employment. You never delved into the fact that illegal immigration also has a monetary cost to Georgia taxpayers — I have seen the estimate of $2.4 billion annually. In your campaign drive on illegal immigration, you failed to mention the base belief of conservatives – that we must safeguard and defend the rule of law upon which our nation was founded.

But you did make clear promises on illegal aliens after they commit additional crimes. As a reminder to all concerned I quote some of them below.

“I’ve got a big truck in case I need to round up criminal illegals and take them home myself.”

“Donald Trump is right. We must end sanctuary cities.”

“I’ll track and immediately deport all criminal aliens so our kids don’t become the next victims.”

“Kate Steinle, Edwin Jackson and the Cannon family, all killed by illegal immigrants. Donald trump was right, we must secure the border and end sanctuary cities.”

While the Georgia media has seemingly protected you on this defiant breach of your campaign assurances, brave experts on the issue in Georgia have carefully documented your lack of action. My friend D.A. King at the Dustin Inman Societyhas put up a counter to track the number of days since your 2018 primary guarantees.

Stacey Abrams or not, be advised that many pro-enforcement citizens have decided to withhold our vote due to your current arrogant defiance. I write to inform you that I am in that growing group of Republicans. 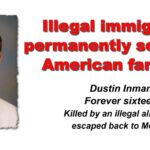 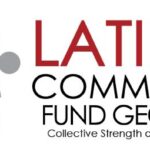 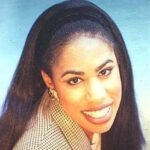 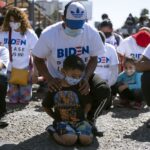 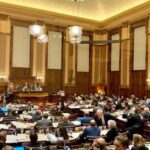 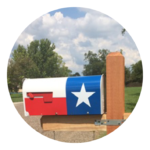