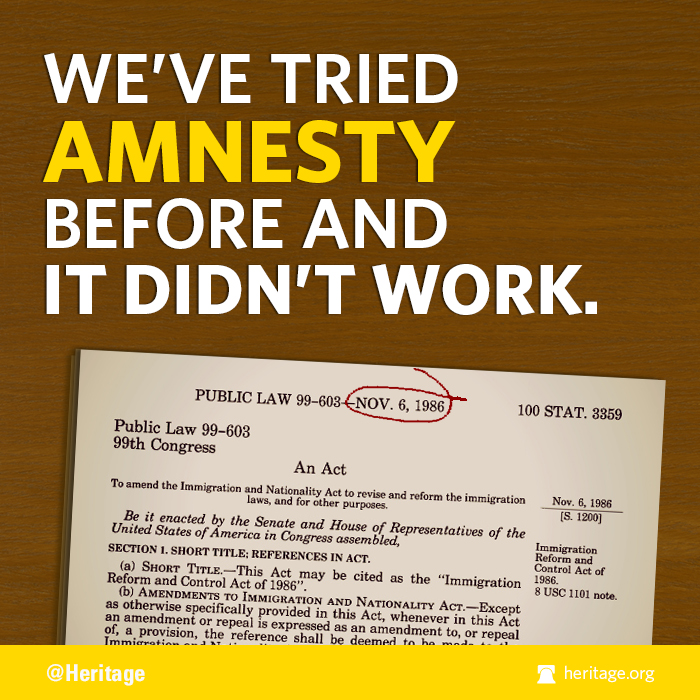 Note: A version of this essay ran on the subscription news outlet Insider Advantage Georgia, June 9, 2022.

Republicans around the state and nation should pay attention to the GOP runoff race in Georgia’s redrawn Seventh Congressional District where candidates Mark Gonsalves and Michael Corbin are vying for the chance to oppose Democrat Lucy McBath in November. Charges of “racism” have been injected into the contest and one candidate has taken the position that the solution to illegal immigration is massive amnesty.

Since race has come up, as conservative black Americans who are proudly pro-enforcement on immigration and rather informed on real racism, we are paying attention to this one at our house.

Reading the “About me” page of Michael Corbin’s campaign website tells us ”Corbin’s ethos is based on Faith, Freedom and Facts.”

We think he needs more time for research on many of his “facts.”

“Corbin…is passionate about ending inflation, stopping public schools from being used as political poker chips, safely securing our borders, and eliminating racism.” Corbin states, “As a loving husband of someone of color and having multicultural children. I don’t see race; I see the woman and children that I love, not color.”

Oh. That’s good to know. But if he doesn’t see color why does he bring it up? As her mom is Asian, Mark Gonsalves’ (it’s a Portuguese name) wife is also “multi-cultural.” Despite Corbin’s effort to insert race into the campaign, most Republicans are focused on issues. And how do we “safely secure our borders?” “Safely” for whom?

In a recent campaign speech to the Gwinnett County GOP Corbin made it clear that he regards the presentation of a parody book on Dr. Suess’s Cat in the Hat featuring Obama as the cat on the cover as “racism.” Corbin said the image of the cat was really a monkey. It’s not. And it’s not “racism” but Corbin is race baiting.

Corbin’s website blurb on what many of us recognize as uncontrolled invasion from around the world and our border crisis seems to be an afterthought made up of meaningless words of weakness designed to fool the politically uneducated.

“Secure Our Borders – Prevent Terrorists and Drug Traffickers From Entry – Michael will call for immediate transparency of the United States border policy. He will demand a plan from the Biden administration on how they plan to curtail future terrorist attacks, drug cartel related crimes and the American drug epidemic – all stemming from illegal border crossings. If they don’t answer we won’t stop asking until they do.”

I’ll leave it to the reader to decide if that menacing threat will have any effect on the Biden Regime. Or why we shouldn’t focus on stopping all illegal border crossings.

Corbin’s runoff opponent, Mark Gonsalves, takes a more pro-American position on his campaign site: “I stand with those who believe our sovereign nation has the right and an obligation to enforce its immigration law.”

Corbin has repeatedly made his position clear on illegal aliens who have successfully made their way into the U.S.: “Naturalize them” he says.

“For me, it’s pretty easy… I don’t believe in sending troops to the border. I think it’s a slippery slope and just think we need to change our policies. We need to have a policy on how do we get these people legal and it needs to be okay that there is a path and a process to get them back into legal status. Are you gonna just kick em out? I mean how many people do you think that’ll affect?”

When challenged, he does go on to exclude “drug/sex traffickers or gangs.” On Twitter, Corbin replied to critical posts that the U.S should “provide a clear path to citizenship so they pay taxes.”

We don’t think he knows the issue very well. The constant howl from the other anti-enforcement, amnesty advocates is that we should repeat the failed “one-time” amnesty of 1986 because the “undocumented workers are already “paying taxes” using an ITIN. We wish these folks would align their talking points.

Would-be ‘Member of Congress’ Corbin puts the number of illegal aliens in Georgia at six million; as in “it’s impossible to round up 6M in Georgia alone.” Somebody should tell him about the proven remedy of “attrition through enforcement.”

Not to pick nits — and we admit that the open border policies of the Biden administration and the refusal of the Kemp administration to enforce existing laws and fulfill campaign promises have served to swell Georgia’s illegal population — but the highest estimate of that group this writer has seen was under four hundred thousand, before Biden took office.

For the sake of discussion let’s say that figure has doubled. That number is nowhere near Corbin’s ridiculous claim. But it is amazing that a candidate for congress running as a Republican would advocate for adding hundreds of thousands of future Democrat voters to Georgia’s elections.

We don’t live in the Seventh District, but if we did, our votes would go for conservative Mark Gonsalves. We think Michael Corbin may be running in the wrong political party.