“From everything I’m seeing in Tapachula right now – the huge numbers of migrants rioting, demonstrating, and agitating to Let My People Go – I expect the next ant operation any day.”

“Which makes the only real loser the American taxpayers, who had no say in allowing city-sized populations of foreign nationals every month into their schools and emergency rooms, for starters.

AUSTIN, Texas – Russia’s war on Ukraine has seized America’s attention from the mass migration crisis on the U.S.-Mexico border, where more than two completely full Superbowl Stadiums worth of foreign nationals (150,000) are still crossing each month.

But worse news closer to home is coming.

In the far south of Mexico, the central government is about to release a sea of U.S.-bound migrants it has dammed up behind the bureaucratic barrier in the southernmost city of Tapachula. The coming swell has risen to more than 73,000 angry, mobbing, rioting migrants from January 1 through March 8, according to the Americas edition of EFE.

Mexico has been blocking migrant forward movement under an agreement with the Biden administration as a kind of artifice that makes mass migration numbers at the American Southwest Border seem less than if Mexican just waved them all through. But instead, the agreement with Biden has Mexico using its National Guard to block roads out of Tapachula while requiring migrants to apply for Mexican humanitarian visas necessary to proceed unchecked north to the American border. The Mexicans slow-roll processing as the migrant population grows and agitates for release from what they call an “open prison city.”

But if very recent history is any indication, the Mexican government is just about to open the floodgates and let all 70+ thousand rush north without the permission papers, the quickest way to relieve their own domestic political problem. Those tens of thousands of migrants it blocked for Biden are rioting almost daily, demonstrating for “free passage” by sewing lips shut for dramatic protest effect, occupying Mexican immigration offices, battling one another, blocking city commerce – and constantly growing inside the pressure cooker.

This has happened before, just like this, and always led to mass release. But if Americans aren’t paying close enough attention, the Mexicans will trick them into missing that it even happened.

The last time this brawling, violent, disrupting migrant population built to an intolerable threshold, 50,000 of them in December, the government of Mexico released them all north employing a tactic known as an “ant operation.” The term connotes a tactic usually attributed to criminal organizations that ship large volumes of drugs using small distributed parties and individuals in many single-file lines so that most avoid public notice or politically unwanted media attention.

That’s what happened in December last year. Tapachula was experiencing much migrant indigestion as it is right now: 50,000 blocked and angry migrants brawling, fighting, demonstrating, and disrupting city life every day. Mexico’s central government ordered that special “QR Code Visas” be made available to all 50,000. The QR Code Visas required migrants to board hundreds of government-arranged buses that were heading to 14 different designated Mexican cities in the north.

When it was all over, no one noticed that tens of thousands headed for the border in an “ant operation” exodus over about a week’s time between Christmas and New Year’s Day.

“The whole city [of Tapachula] was collapsing because there were so many here in town and they were blocking the roads and causing disruptions … so that’s why they were moved out,” Clemente Miguel, director of the local newspaper Noticias de Chiapas told me when I was in Tapachula in January. “There’s no infrastructure to hold them all in one area, and no other Mexican state wants them, so they’re intentionally spreading them all out.”

The ant operation served everyone’s political and diplomatic interests well, just about, anyway. It worked for the Mexican government for not having to withstand the public outing as failing its end of the migrant block-and-hold bargain with Biden. 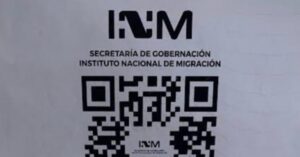