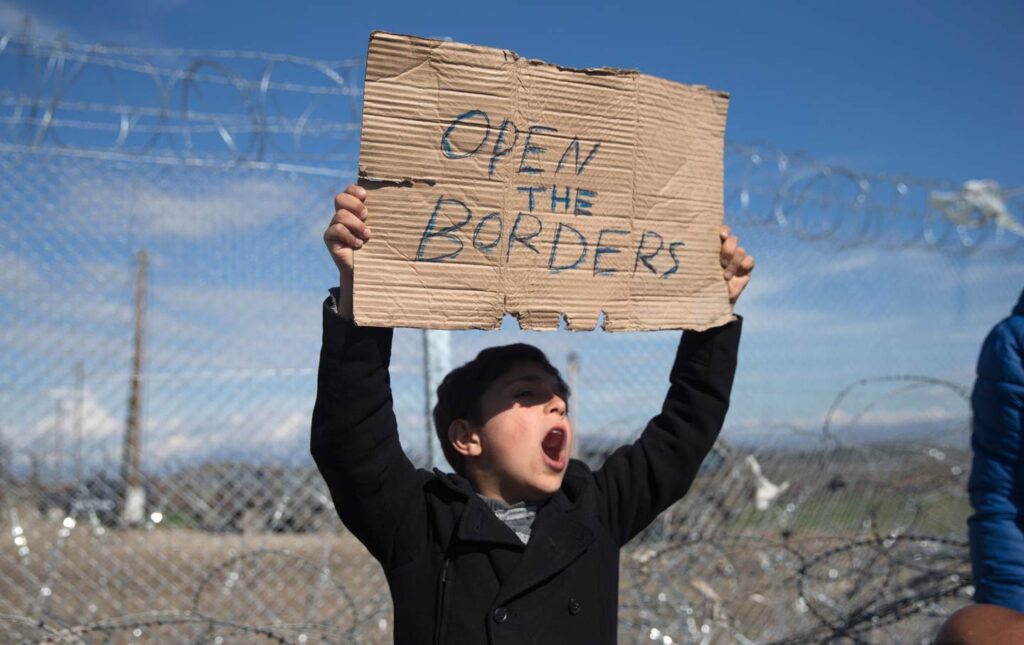 “The ultimate goal of any White House policy ought to be a North American economic and political alliance similar in scope and ambition to the European Union.”

OUR OPINIONS: Bush, Fox should pursue union similar to Europe

Mexican President Vicente Fox envisions a North American economic alliance that will make the border between the United States and Mexico as unrestricted as the one between Tennessee and Georgia.

Though neither Fox nor President Bush expects to dissolve the 2000-mile border overnight, the Mexican leader clearly prefers sooner rather than later. In Washington this week, Fox surprised his friend and fellow rancher president by calling for sweeping American immigration reform by year’s end.

Currently, U.S. government immigration policy echoes its position on gays in the military: Don’t ask, don’t tell. The nation essentially winks at the estimated 3 million illegal Mexican immigrants toiling in fields, poultry plants and construction sites. If America cracked down and rounded up all those workers, the nation’s agricultural and construction industries would collapse, says Jagdish Sheth, Emory University’s Kellstadt professor of marketing.

Despite American dependence on their labor, undocumented workers still live in the shadows and under threat of deportation, and Fox is right to insist that Mexicans working, paying taxes and obeying the law have ”all their legal rights when they’re living here in the United States.”

Those rights don’t have to spring from legal residency. Some sort of temporary guest worker visas stand a better chance with congressional conservatives than the blanket amnesty suggested last month by the White House. Opponents shot down that trial balloon before it even cleared the tree tops.

In the short-term and during this country’s economic downturn, Bush ought to concentrate on a work permit program that concedes the need for Mexican workers but imposes controls to stem illegal crossings. By loosening border restrictions, Mexicans may eventually return to their homeland, a journey that now entails too many perils. Reflecting the new policy of encouraging citizens to return, Fox said Thursday, “We need you to come home one day and play a part in building a strong Mexico.”

The United States also must play a part in sustaining Mexico’s economic growth. “For marginal workers, leaving his or her country is not an easy proposition. It is not a lark. It is a risky, dangerous proposition, ” says Juan M. Del Aguila, an Emory University associate professor of political studies. “If we can create incentives for them to stay in their own country, many of these potential immigrants would.”

In boom states like Georgia, it’s been painless to absorb Mexican immigrants. But in the unlikely scenario that the economy hits the skids, migrant labor — whether illegally coming from Mexico or legally from rural Alabama — could snatch jobs away from the local unskilled labor pool.

; ” Unlike the varied landscapes and cultures of European Union members, the United States, Canada and Mexico already share a great deal in common, and language is not as great a barrier. President Bush, for example, is quite comfortable with the blended Mexican-Anglo culture forged in the border states of Texas, California and Arizona.

Of the three North American players, the United States clearly holds the place of dominance. By joining with its neighbors to the north and south, the United States would have the strongest voice in coordinating fiscal, energy and drug enforcement polices that affect the continent.

An erroneous public perception exists that Mexico would be the main beneficiary of a U.S.-Mexico partnership. In the aftermath of the 8-year-old North American Free Trade Agreement, Mexico has become the third-largest importer of Georgia products, $1.2 billion worth of goods last year. Mexico is the United States’ second-largest trading partner.

“Fundamentally, our economic integration with Mexico is inevitable, ” says Emory’s Sheth. “Out of nowhere, Mexico has become a $200 billion a year trade partner. We think that will grow to $500 billion.”

“If you look at the European process, not all countries benefit equally all the time, ” says Del Aguila. “But the commonwealth as a whole has improved, the standard of living has risen.”

Historically, immigration has enriched America culturally and economically, as demonstrated most recently by the Cubans in South Florida. The challenge with Mexico is to better manage the natural flow of a people who are not only America’s fastest-growing immigrant group, but also its closest neighbors.

“Our choice is to fight it and lose, ” says Georgia State University economics professor David Sjoquist, “or embrace it and all come out better for it.”